Posted by aaid in Conferences and Workshops / Uncategorized on May 28, 2008

In April, Bianca, Tom, Michael, Amy and Yvette attended the Canadian Museum Association Conference in our home town, Victoria, British Columbia. We were joined by Nate Jolley from Autonomous Productions and sponsered Kiefer Collision from Spoken Truth, two filmmakers based out of Masset, Haida Gwaii.

Our booth was next to our good friends Jim Stewart and Ryan Skorch from Click Netherfield, an internationally renowned showcase company from Scotland which was recently awarded the Queens Award for International Trade.

Bianca was a presenter for the session ‘Engaging Youth’ with Annick Debois from the Canadian Museum of Nature, Josée Duhaime from the Montreal Science Centre, Michel Vallée from Musée des Deux-Rives, and Kiefer Collison. 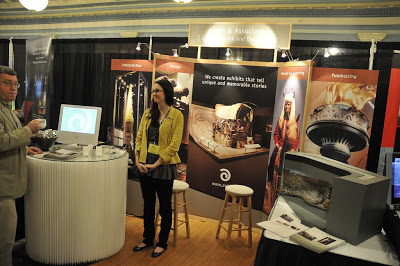 Amy and Tom in the booth 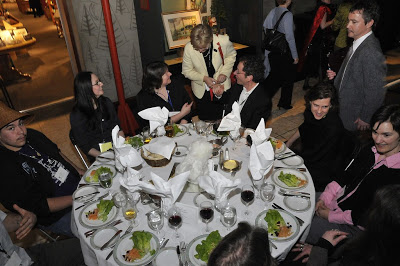 Awards Dinner at the RBCM 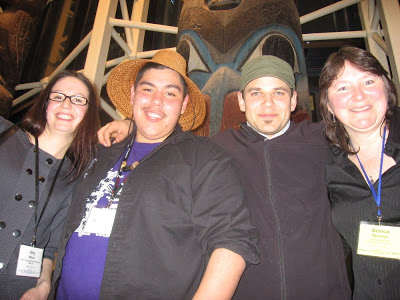 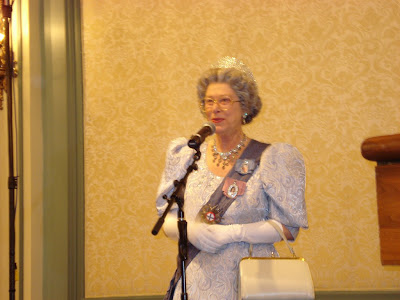 We were even lucky enough to get a visit from her Majesty, Queen Elizabeth II during High Tea at the Empress.