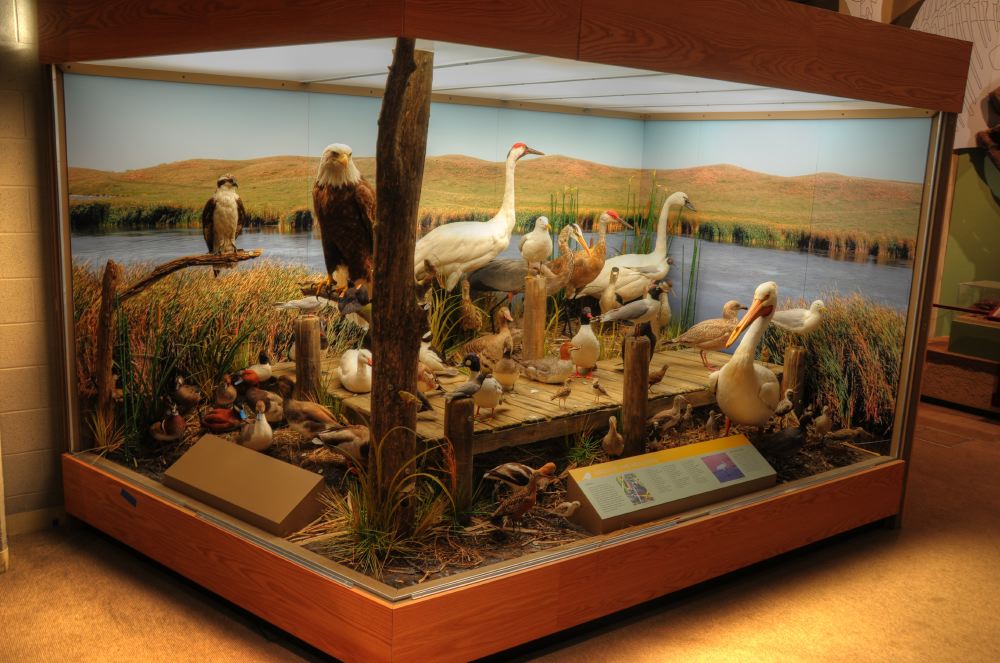 We are pleased to announce the completion of our most recent project, “The Birds of North Dakota” exhibit at the North Dakota Heritage Center in Bismarck.

The project called for the design and fabrication of four new showcases complete with graphics and scenic work to replace the long time popular favourite, but severely dated, previous version of the exhibit which dated to the early 1980s.

Please check out our Flickr photo album for progress shots taken during the installation.
Birds of North Dakota – a set on Flickr