Today, Roland André (Delbosco Fils), Jean Jacques’ brother (Bianca and Yvette’s uncle) is hosting a grand opening of his exhibition in a medieval castle of the Templars in Greoux, not far from Manosque, Provence.

This is a once in a life time exposition of works created by both father and son. 58 years after the death of Ernest André (Delbosco), this will be the first time these two artists exhibit together. 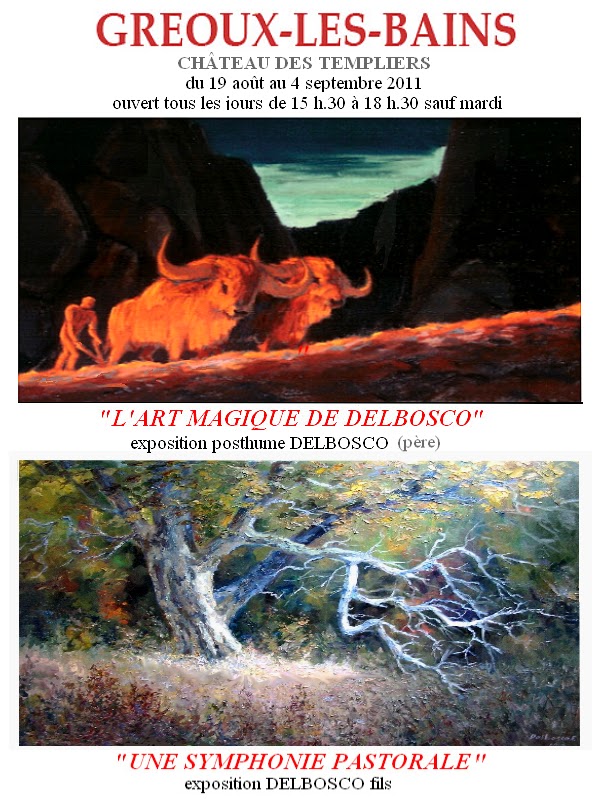 Roland managed to gather 43 paintings (including some reproductions done at actual size) of his father’s work and has included 63 of his own most recent works. Both artist’s works are outstanding examples of painting with light!