Posted by aaid in Team News / Uncategorized on February 20, 2015

What a year its been! I can’t believe our last blog entry was July! Where did the time go? I know we should have documented our many activities via regular blog posts, Facebook entries or Tweets, but time has been devoted to our tasks rather than the on-going documentation of them. Here, in one blog entry, is a very brief overview of our year.

January 2014 began with the General Contractor bid for the Wanapum Heritage Center project. Unfortunately this took two attempts and the contract was awarded later in the year. We have been working with the Wanapum for 15 years and we were thrilled to see the project finally come to exhibit construction. Booth and Sons were awarded the contract and have done an excellent job.

February we began an exciting new project working closely with the Qualicum Beach Historical and Museum Society to provide a space analysis and assist them in the development of a preliminary interpretive plan and conceptual master plan for their museum building, outbuildings and entire site. We also completed the exhibits for the Cowichan Regional Visitor Centre. Many thanks to 3DS who fabricated the exhibits. 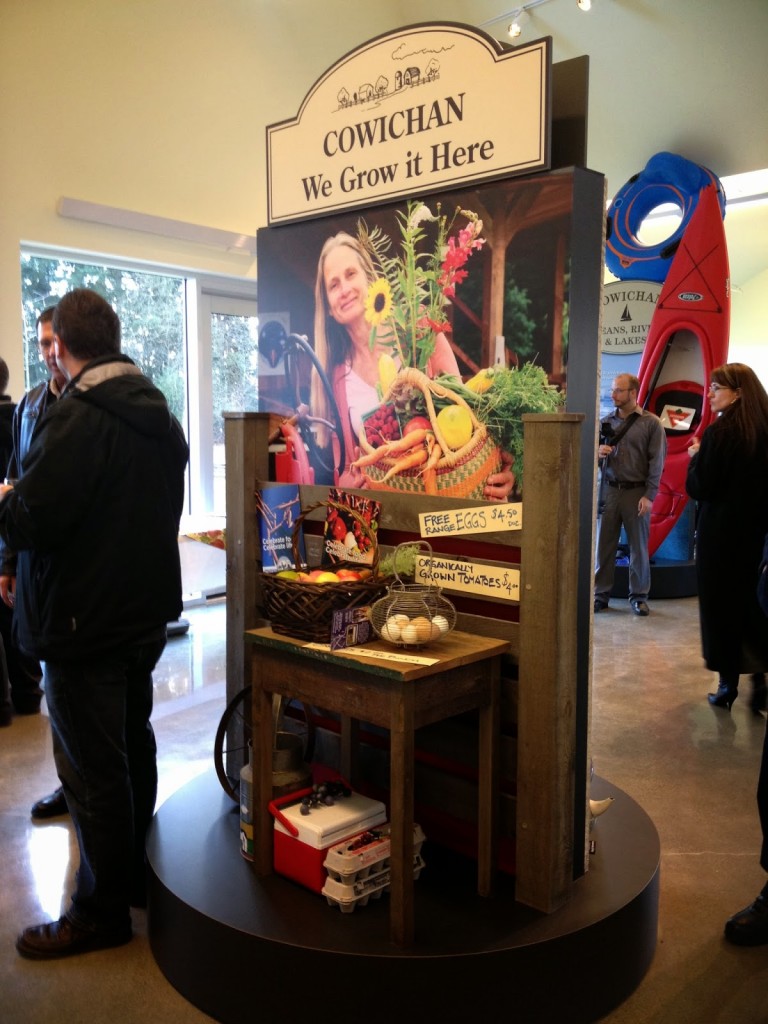 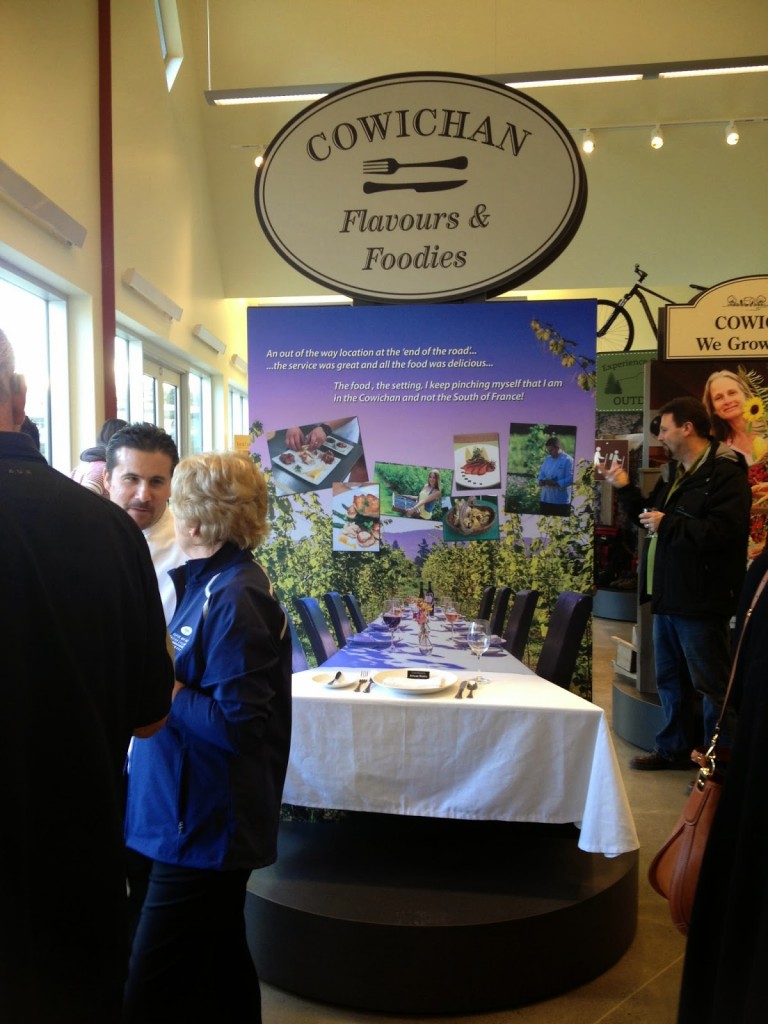 March came in like a lion with on-going Wanapum construction as well as the development of interpretive exhibits for Tugwell Creek Honey Farm and Meadery—the third Economusée for British Columbia. Our friends at the Morris Thompson Cultural and Visitor Center in Fairbanks called on us as well and we were thrilled to wrap up the last stage of exhibit fabrication by completing the long-awaited graphics.

April was beautiful and Bianca, Andy and Chris Sia took turns commuting back and forth to Priest Rapids to check on the progress at Wanapum as well as finishing up filming. 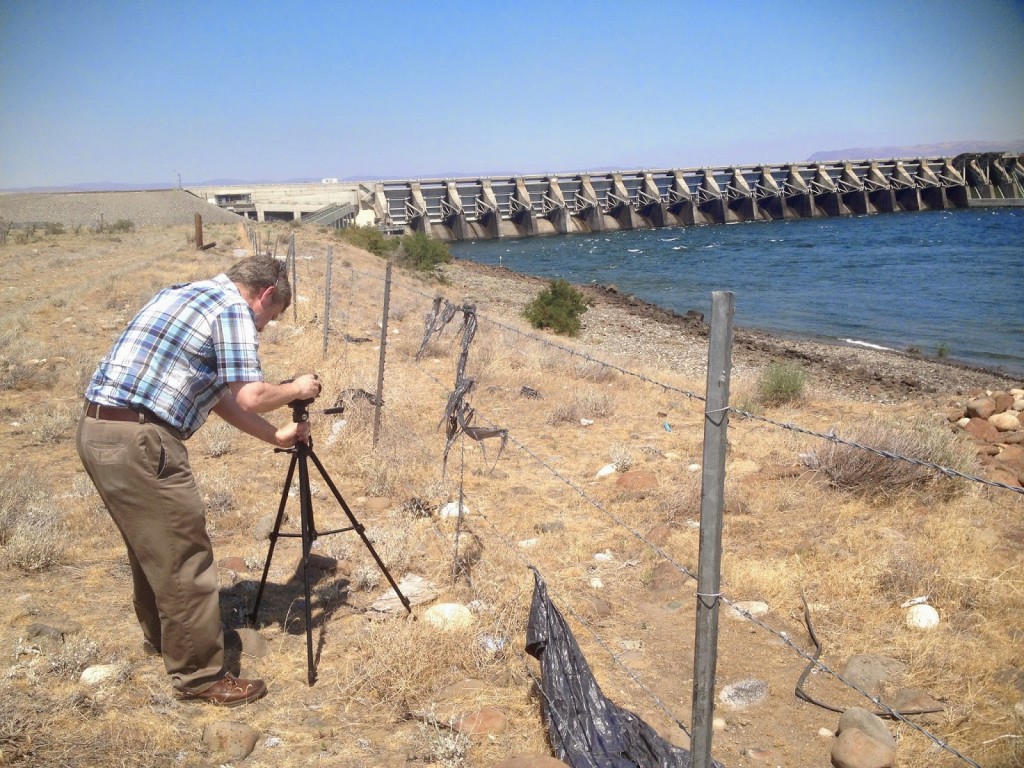 Tom and Andy were busy editing the media productions as most were at the fine cut stage. Bianca enjoyed another workshop at Qualicum Beach Historical and Museum Society and worked closely with JJ (Jean Jacques) to create conceptual design options for
their main exhibit building.

May was filled with more travel for Bianca to Wanapum for review of construction progress. We also coordinated with Dana from Tugwell Creek to receive the artifacts for display. Bianca, Tom and Amy did showcase mock-ups as well as graphic development and reviews by the Quebec contingent from the Economusée Network. May also brought the American Alliance of Museums conference to Seattle where Bianca, Andy and Amy had a booth in the Exhibit Hall and were greeted by many old friends, met many new ones, and enjoyed some excellent sessions. On May 24th Bianca and Bill (with much assistance from Joy Message, Maureen Brouwer, Tessa Farrell, Audrey Smith, Christine Ritson, Alison MacIlwraith, Stella Corby) hosted Tea and Art in the Garden—a fundraiser in memory of Alyson Card to raise funds to build houses in Vicente Guerrero Mexico.

June found us wrapping up the fine cuts for the media productions for Wanapum and continuing our meetings and media technical development with Chris Sia. It was also the time Bianca had the privilege to meet with Kathryn Gagnon from the Cowichan Valley Museum and Archives. Bianca and Kathryn continued to work on the visitor experience as well as developing a preliminary storyline and space allocation and traffic flow. June ended with us wishing Amy Willson a fond farewell as she found life calling her back to Vancouver. 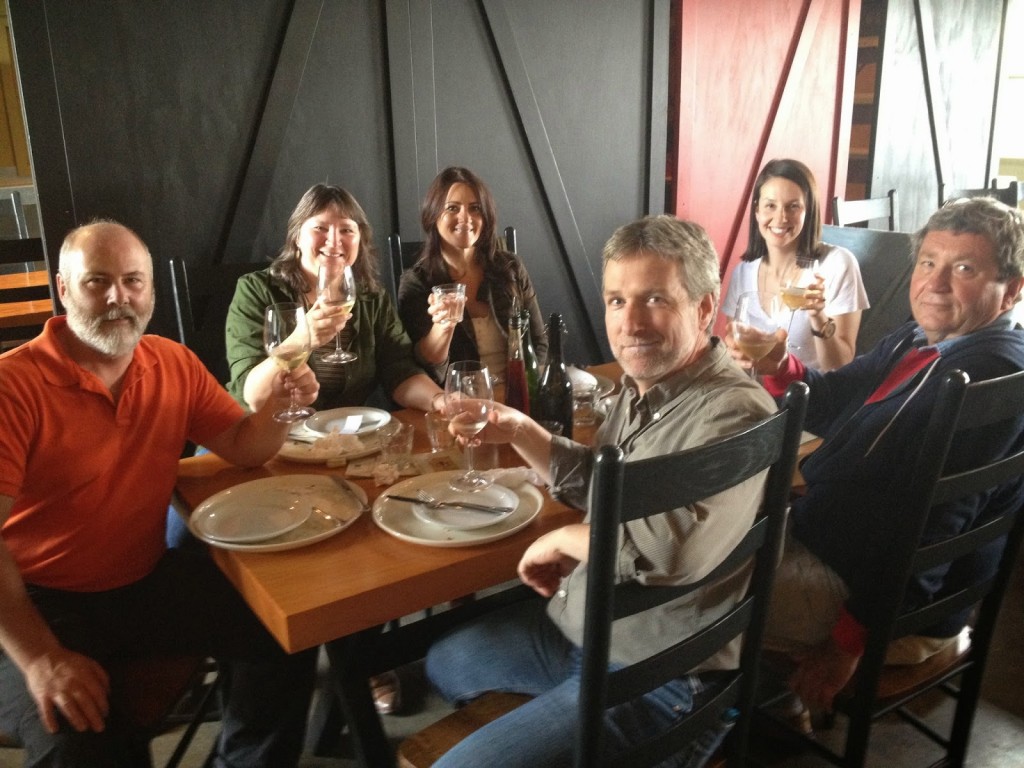 July rocketed along with multiple site visits to Wanapum as well as Bianca and Bill hosting their annual lamb roast for Bastille Day. The end of the month found Bianca completing the last class required for her to finally finish her BA with a Major in Anthropology and Diploma in Cultural Resource Management. Extensive travel for business had made it impossible for her to complete her degree and she had to stop pursuing it many years ago. This past year enabled her to finish her last three classes via night sessions, on-line, and this final one-week intensive course. Many thanks to Joy Davis of UVIC and Shannon Martin from Ziibiwing Center for encouraging Bianca to just “get it done” so she could start focusing on her next stage of professional development. 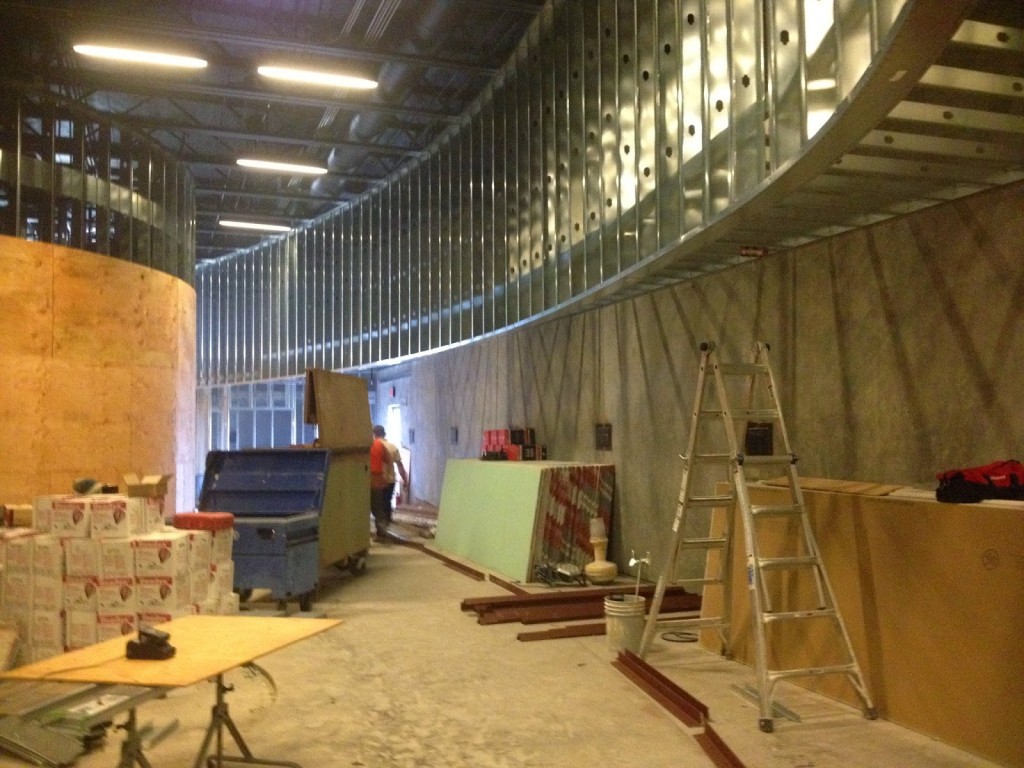 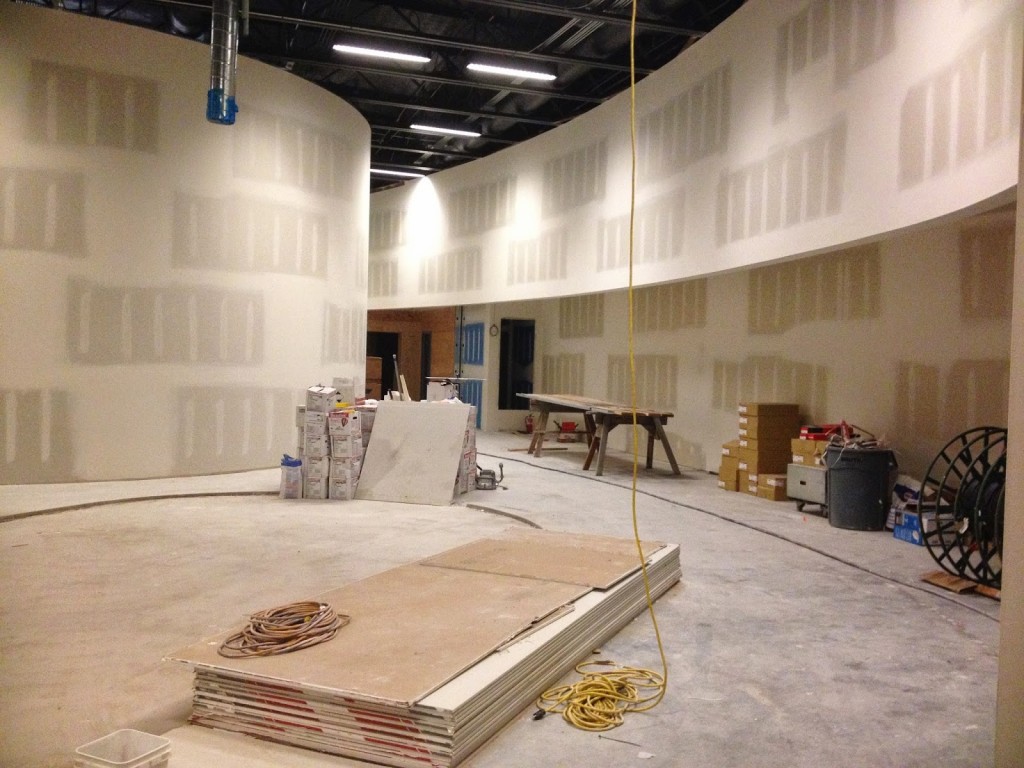 August brought the heat of summer and more Wanapum site meetings as well as interpretive
development meetings with Qualicum Beach Historical and Museum Society. It also brought the final reviews for TugwellCreek Honey Farm and Meadery.

September was filled with multiple Wanapum site review meetings as well as the completion and final installation of Tugwell Creek Honey Farm and Meadery Economusée. 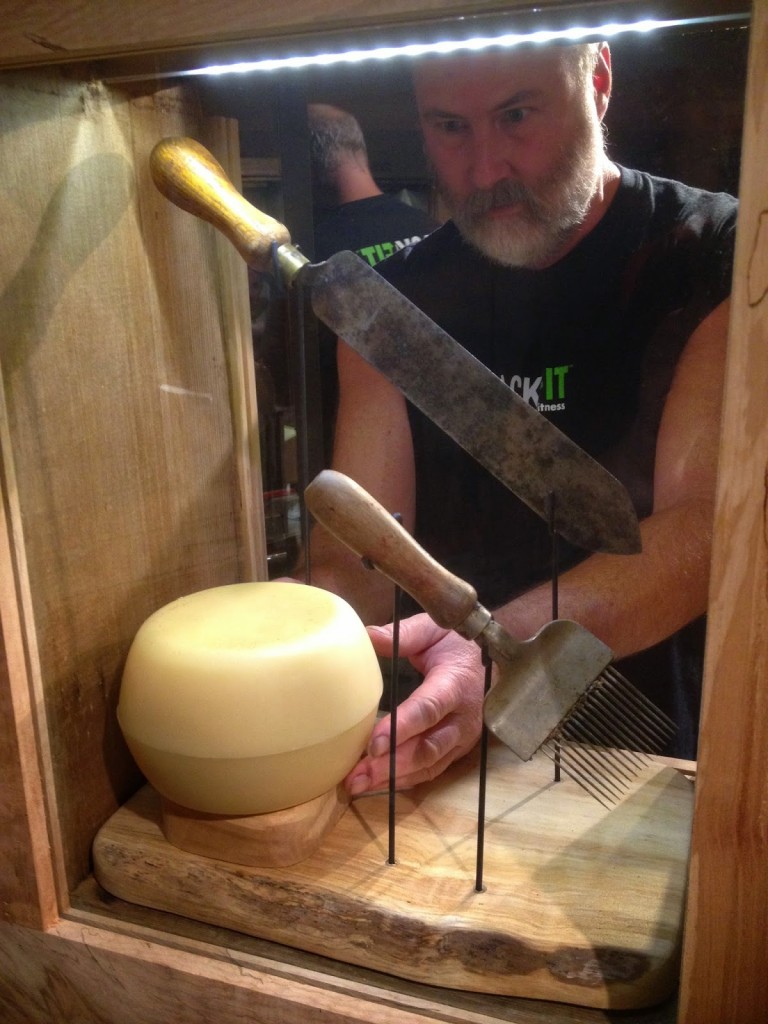 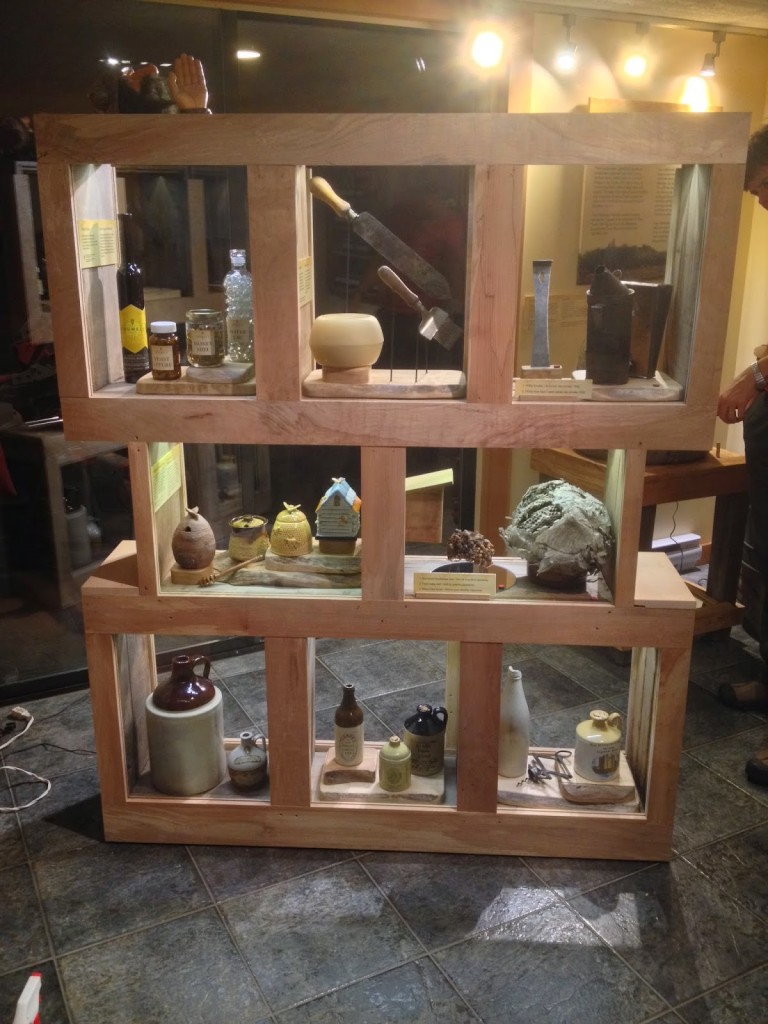 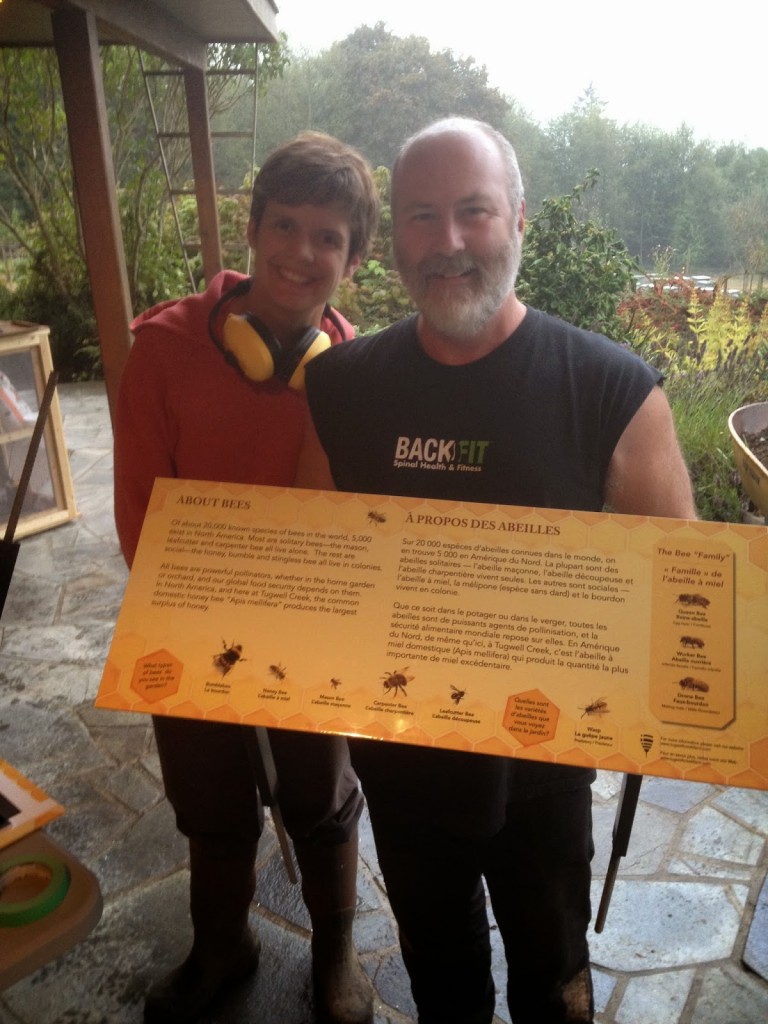 Bianca and Bill escaped for a long weekend and celebrated their 30th Wedding Anniversary by enjoying a winery and culinary tour of the Cowichan Valley.

October found Andy building houses in Mexico during the Thanksgiving week as well as finishing up drawings for Wanapum’s Exhibit Fabrication contract. As well as multiple site visits, Bianca, Bill, Tom, Andy and Chris spent many days working through contract preparation and division of work for the final fabrication of the Wanapum Exhibits. Bianca and Nathan Scott met with Wanapum to record and measure those posing for the mannequins for the permanent exhibit. 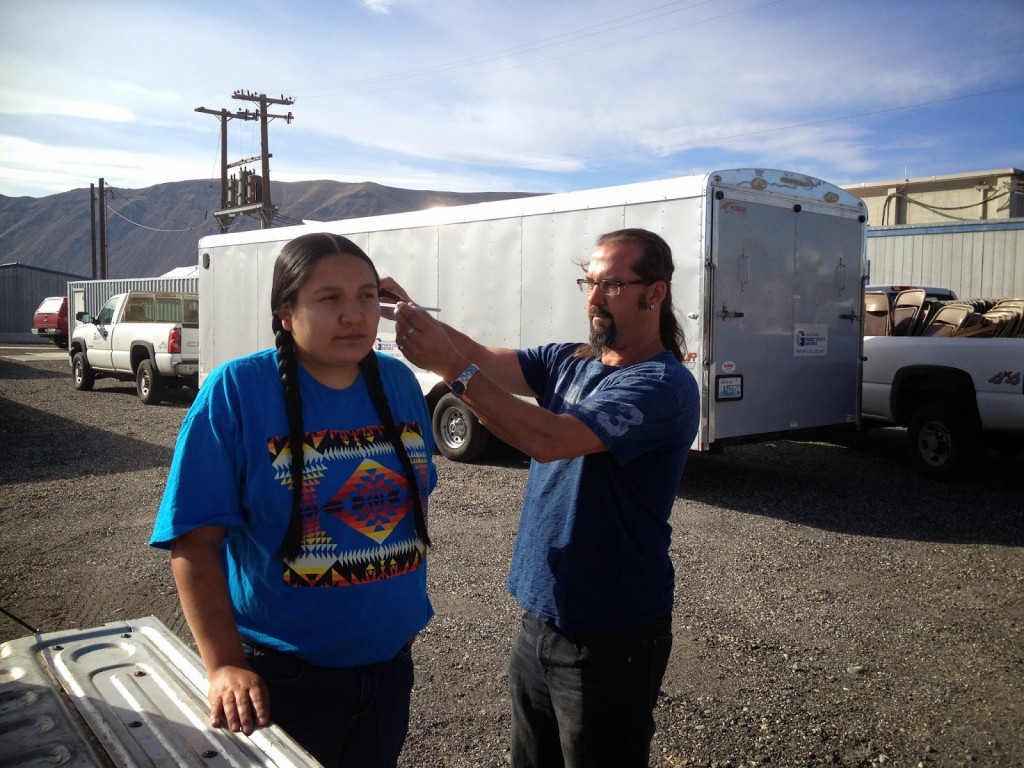 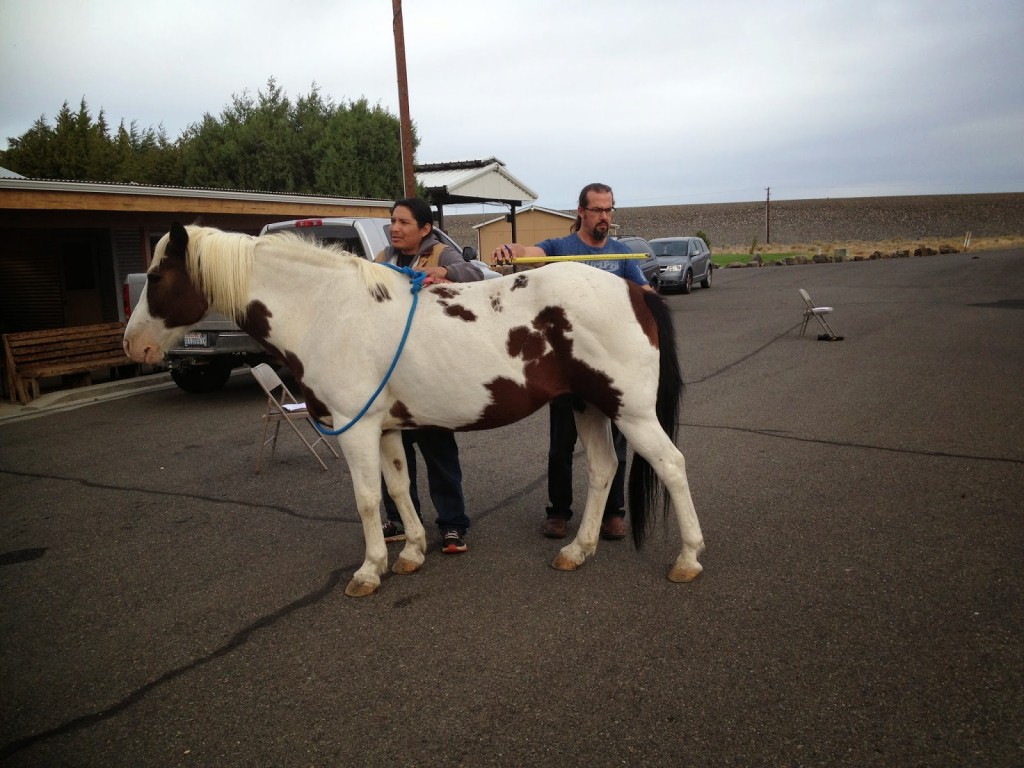 November was a month filled with both challenges and celebrations. Wanapum construction continued and Chris Sia was on-site reviewing progress. Jan Vriesen arrived at Priest Rapids and began painting the diorama mural. 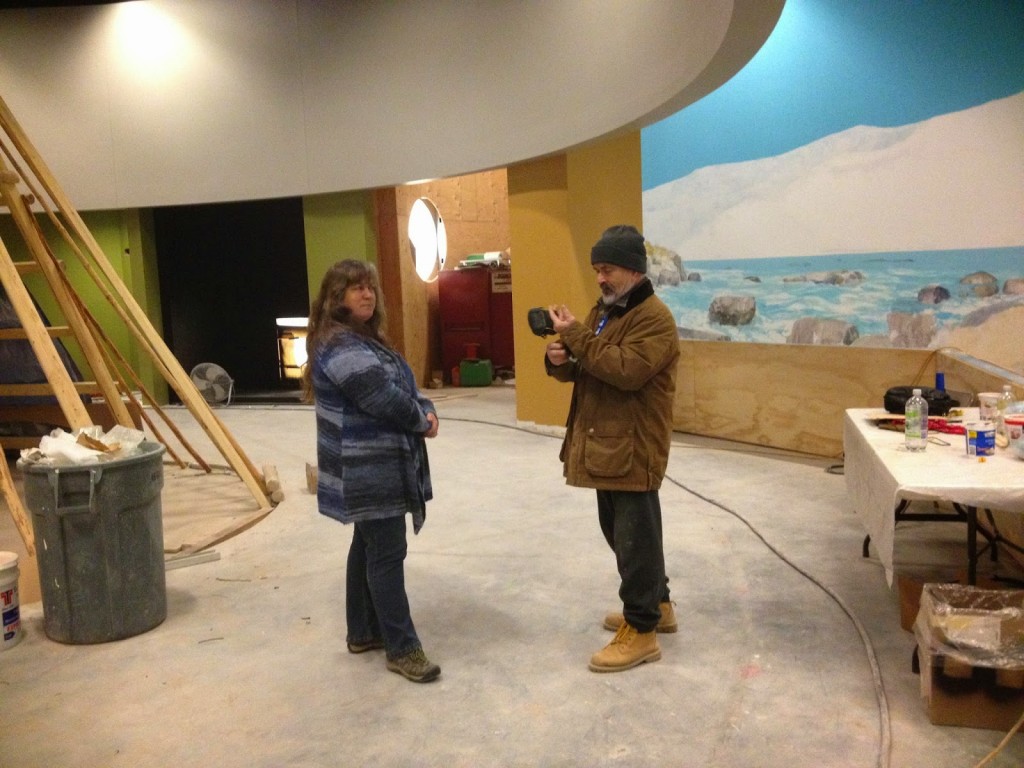 Bianca’s formal graduation ceremony was November 10th. Here, after 32 years of juggling university and business she was thrilled to receive both her Bachelor of Arts with a Major in Anthropology and her Diploma in Cultural Resource Management. It has been a very long time in the making and she thanks God for her incredible husband, Bill, for all his patience! 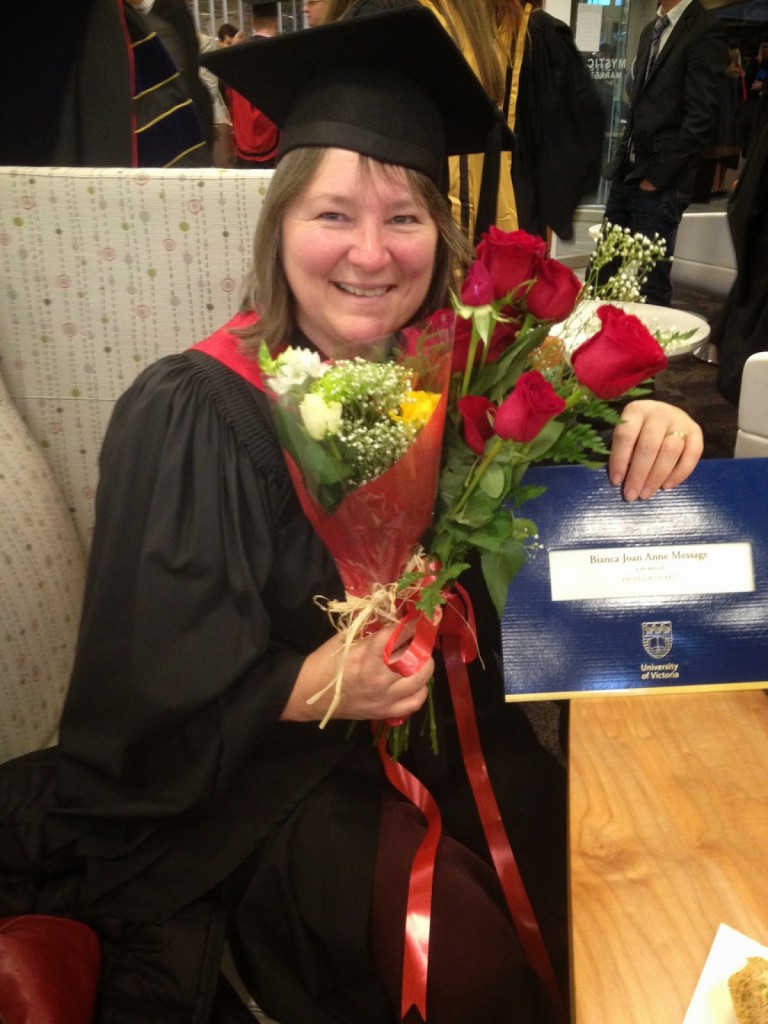 Bianca and Bill were also able to fly to Fairbanks and enjoy meeting up with old friends to celebrate the completion of the Morris Thompson Cultural and Visitor Center exhibits. This project has taken 13 years to complete and is an example of successful community involvement and ownership. Huge thanks to Kathy and Clyde Mayo, Cindy Schumaker, Dixie Alexander, Pam Rice, Deb Hickock and, of course, CB Bettisworth for sharing your vision, your passion and your stories with us. Thank you for inspiring us (and thousands) to get outside and experience the real Alaska!—Especially in winter! 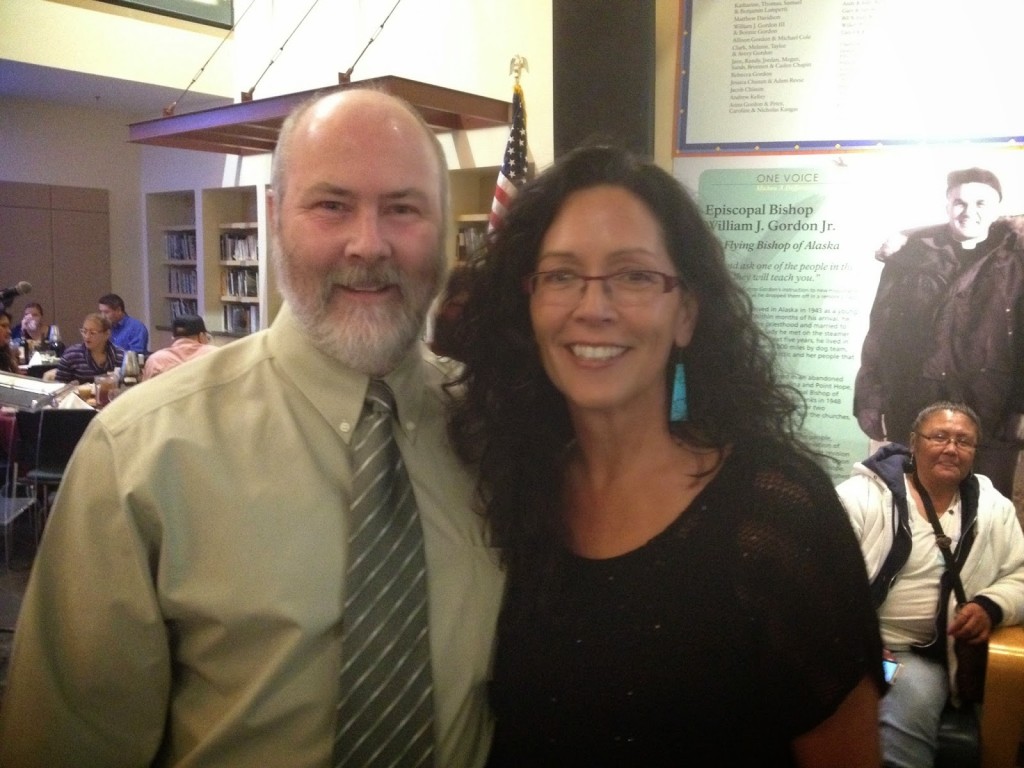 December found the Wanapum general exhibit construction wrapping up and the exhibit fabrication beginning. Formations Inc. has been awarded the millwork, graphics production and showcase portion of the
fabrication works. Bianca and Chris continue to review the final stages of construction progress. George Booth III and his team have done a superb job. 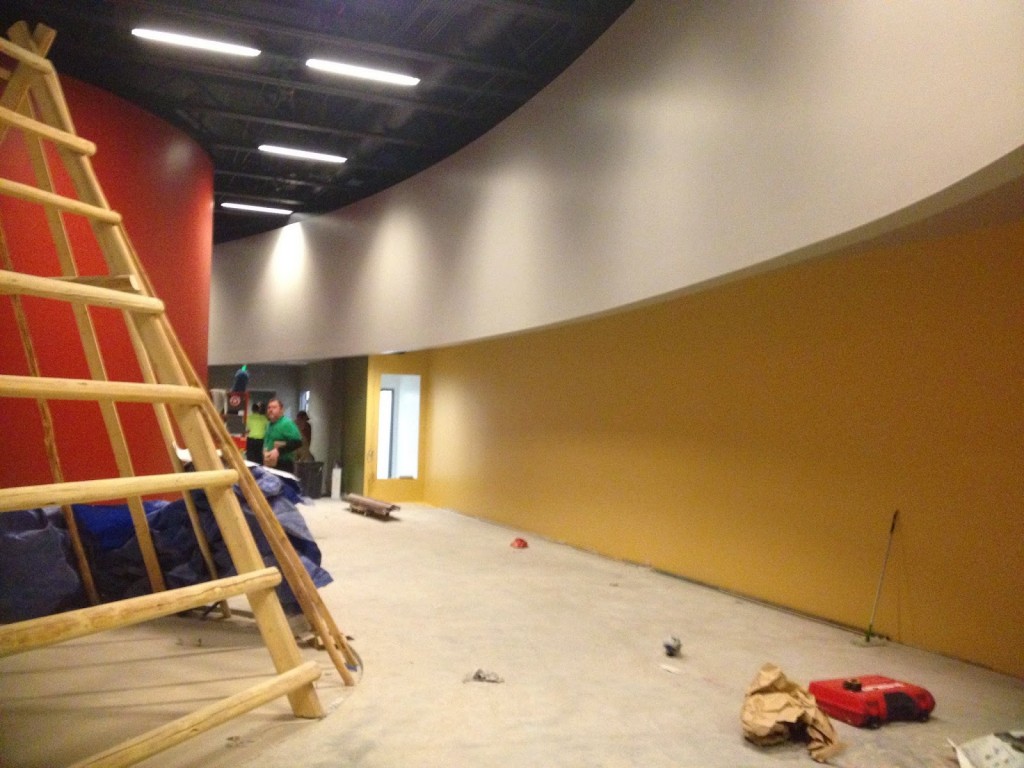 Bianca and Bill hosted their 10th Annual Winter Celebration Art Show providing a venue for many talented artists. Huge thanks to Tom Putnam, Tom Palfrey and Merlayna Snyder who truly embody the real heart and meaning of the show. Many thanks too to Tom Palfrey, Jean Jacques André ,Yvette André, for helping Bill and Bianca hang the show and to Alison McIlwraith, Christine Ritson and Colleen Murphy for all their assistance in making the show a success.

Its been quite a year!
Many challenges, many successes and many blessings! We have all achieved many goals and look forward, with great anticipation, to the many that lay ahead in 2015! Happy New Year!

Hey congratulations on completing the degree and finally finishing up those MTCVC graphics!