Posted in Native American
back to all 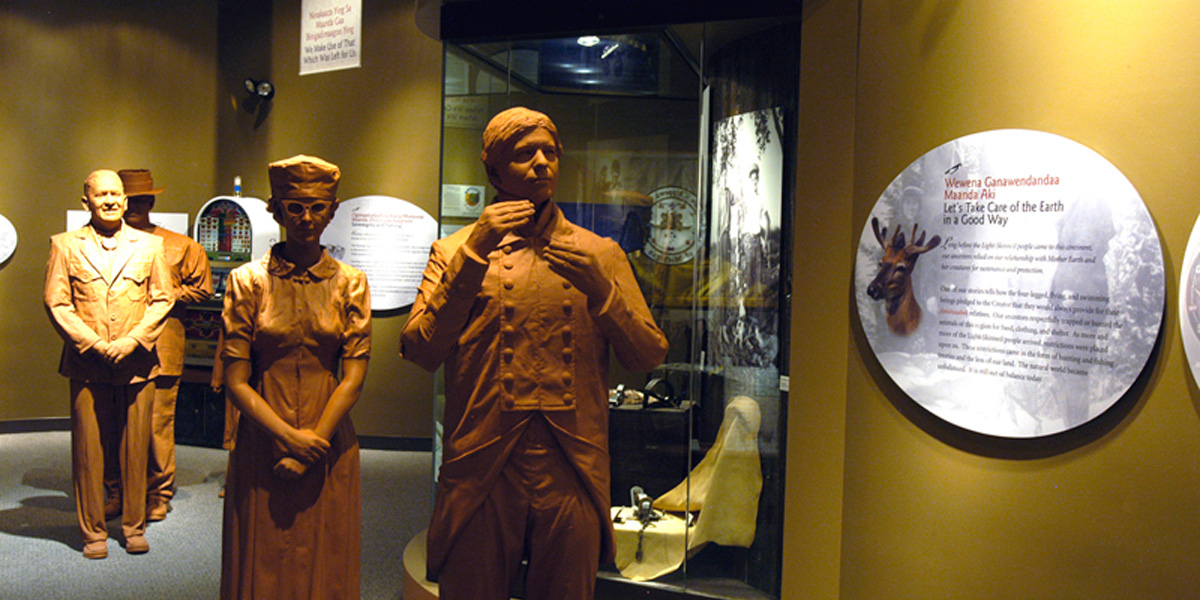 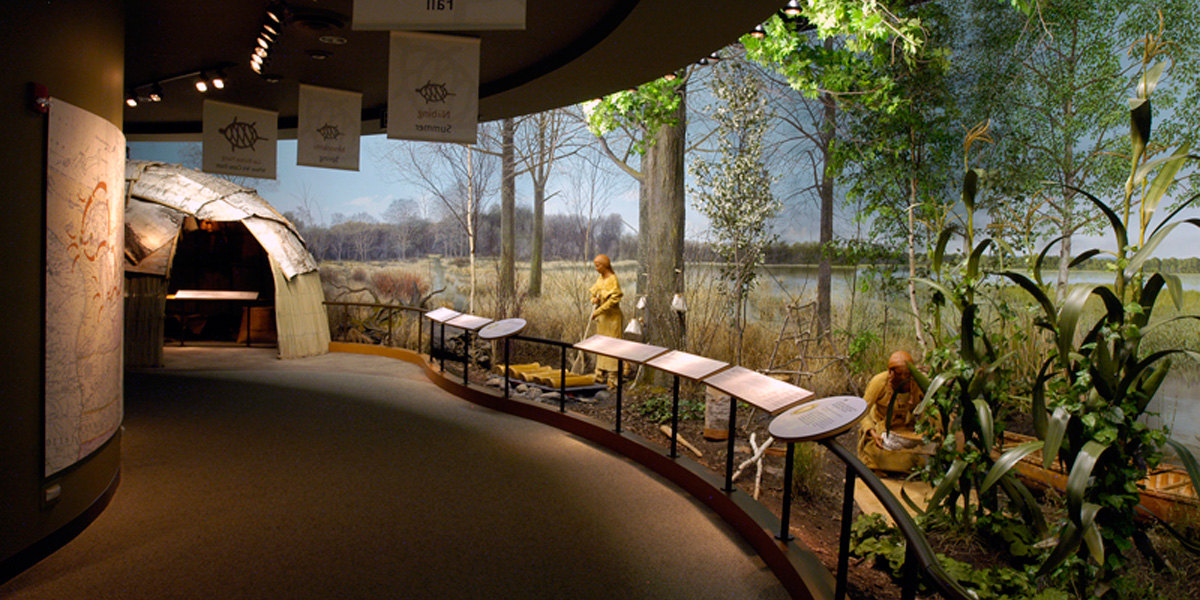 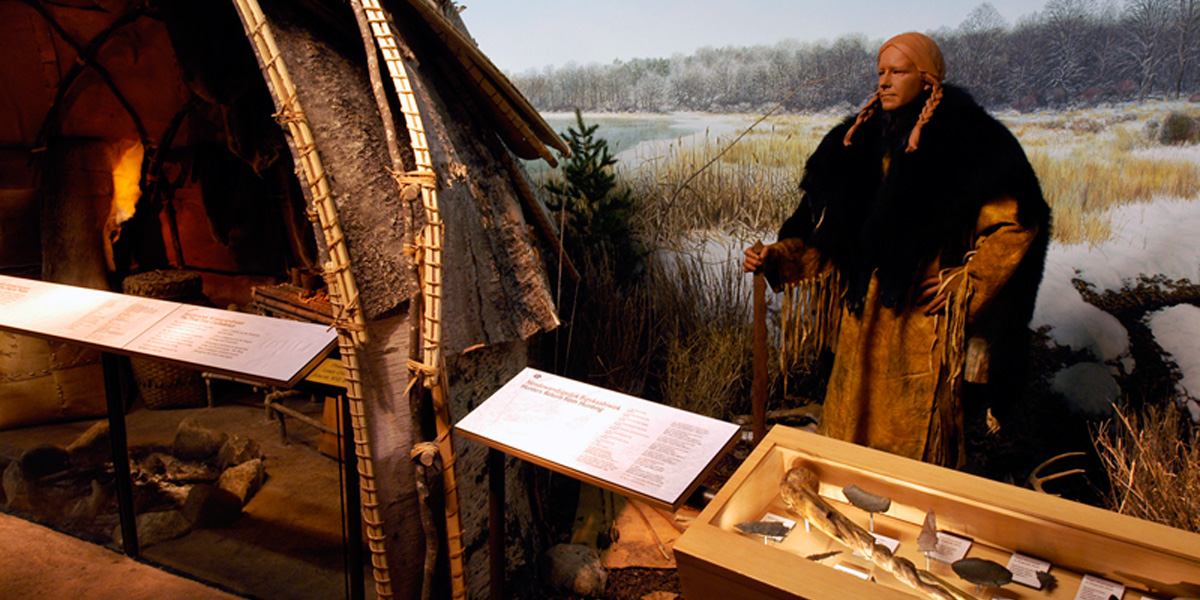 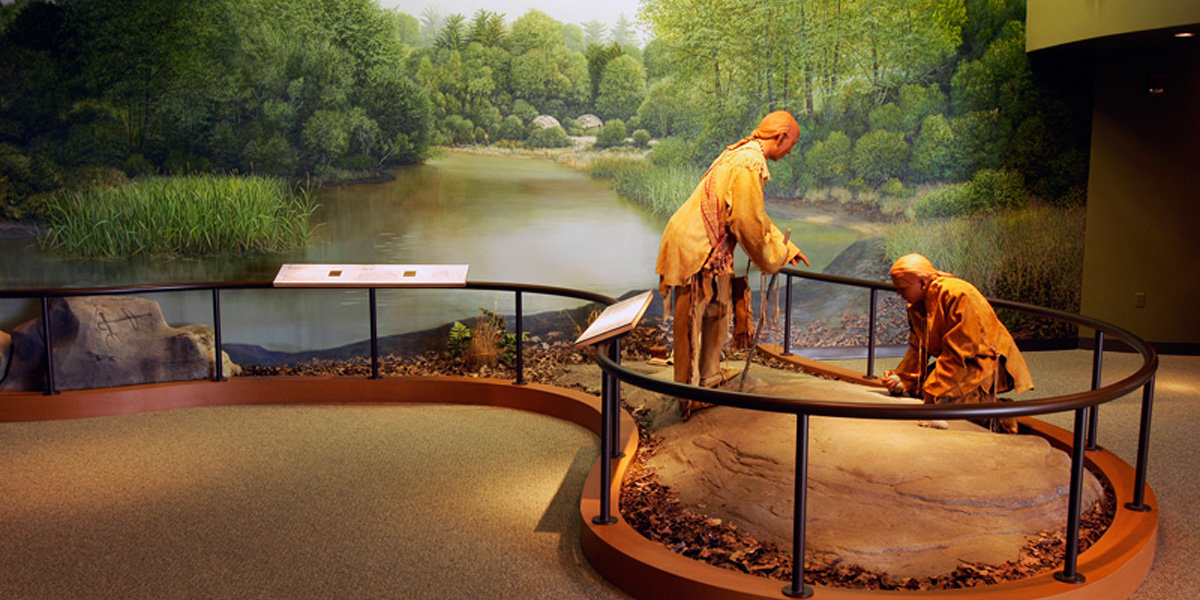 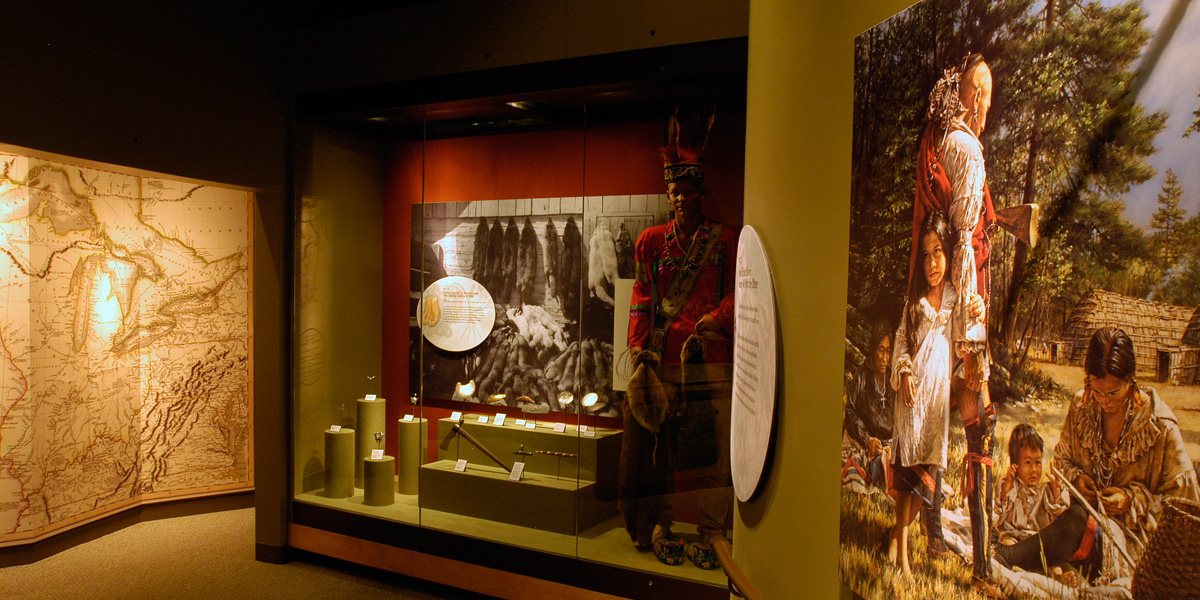 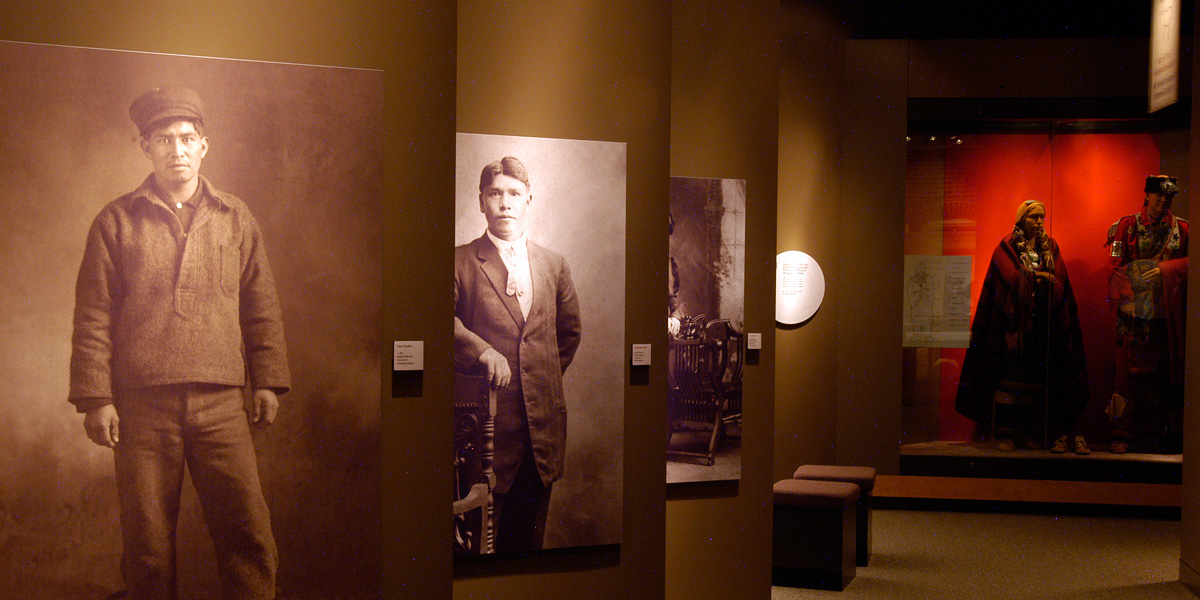 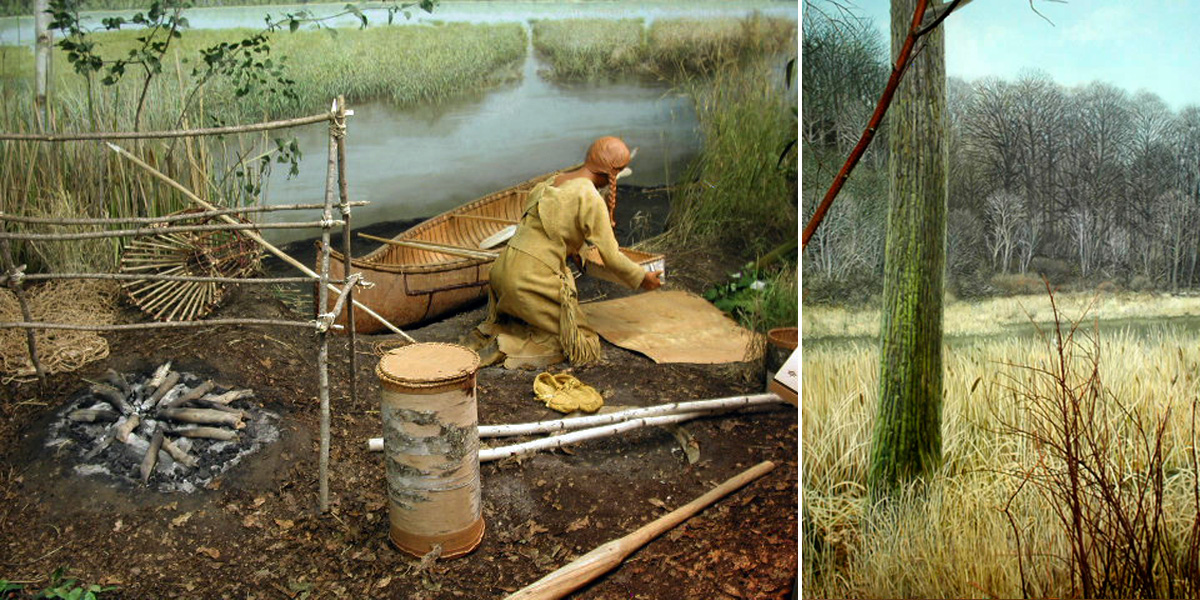 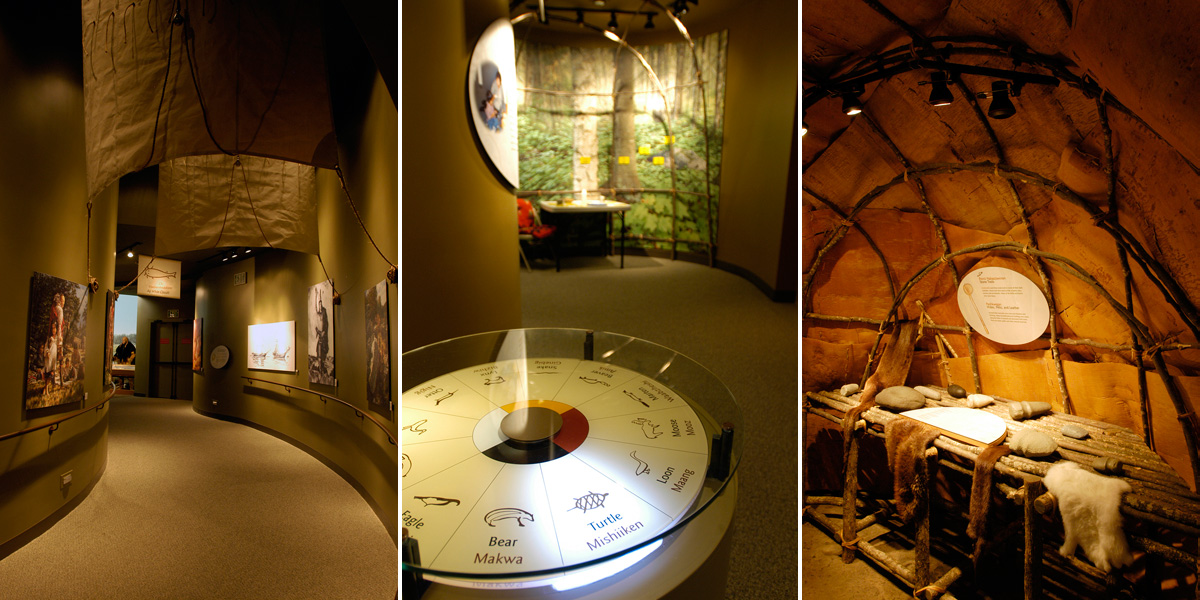 “Be sure to pass this message on to all your team members...all the details you worried about were not in vain or unappreciated, to say it simply, ‘Oh, I get it now.’ ”

–Bonnie Ekdahl, Director
The exhibit includes creation stories, ancient prophecies, migrations, co-existence with newcomers, repression and destruction, and concludes with the renewal of a people’s spirit, language, adaptations, and traditions. We met with community members, young
and old, male and female. In these early meetings, the community members were shy and would not always speak their opinion out loud.

The quiet voices were heard through writing their thoughts down and handing them to the front or by reporting to their designated table spokesperson who would report out to the whole group. They didn’t know it at the time, but some people took their first step towards healing as they mustered courage to share in those essential early workshops.


“The Ziibiwing Center is one of the finest tribal museums in the nation given the range and depth of their strengths in exhibit development, public programming, cultural and language preservation, and repatriation efforts.”
—Nomination for TALM Institutional Excellence Awards, Amy Lonetree, Ph. D. Assistant Professor of American Studies, University of California, Santa Cruz


The AAM Media and Technology Committee gave their Gold award to recognize the Creation Theater. The judges said: “This animated film presents an imaginatively conceived, clear and straightforward visual retelling of a compelling myth and important chapter in Native American history. Style of illustrations, based on tribal art, was creative, handsome and stunning. Description of the theater in which DVD was presented—simulated tribal lodge with planetarium-like view of stars—sounds effective, an experience that learners, regardless of age, will not soon forget. Beautifully conceived use of technology to bring traditional storytelling to a larger audience.”